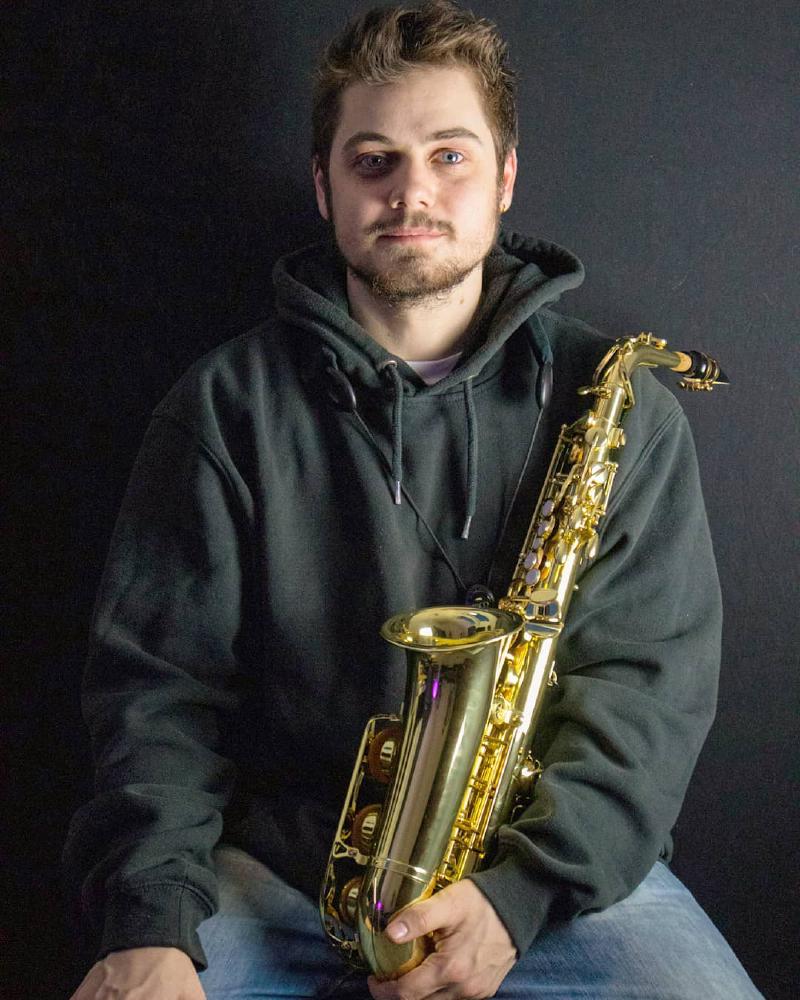 Combining multi-instrumentation and jazz experimentation, Unfoldance’s sound of calming tones and eclectic beats, makes him one of Bristol’s artists to watch in the world of electronica. We talk to him today to find out the how’s, where’s and why’s of his life as a music maker. What inspires his particular sound, and what have we got to look forward to in the Unfoldance world?

The name Unfoldance came about because of a poem called the Desiderata, which is by a guy called Max Ehrmann. It was written in the 1920s and Desiderata basically just means ‘desire’. The poem is all about what you should desire in life and the way you should desire to live your life. There’s a line that always really stuck with me, which was, “and whether or not it’s clear to you, no doubt the universe is unfolding as it should”. I always really like the idea of things unfolding and things slowly becoming what they should be. As a musician, it’s really important to me that my music is slowly evolving and changing. The final destination of the music is never going to be clear at the start and that’s fine, and it’s okay for things to just naturally unfold.

So yeah, my music, and me as an artist is all about unfolding. And therefore, I guess I’m in a state of unfoldance. I googled the world ‘unfoldance’, and I found out it was just something I’d made up. And then I was like, ‘Cool. That’s going to be my artist name’!

How did you first get into music?

So I’ve been into music my whole life, really. My parents are both very interested in music. My dad isn’t particularly musical, but my mum has played saxophone and flute and other instruments, so she’s a very musical person and always tried to push me into music. I had piano lessons when I was little, but I never really took to it. I think I just rebelled against the kind of structure of the piano lessons and just never really found myself enjoying it. However, when I entered my emotional teenage years when I was about 13 or 14, I found myself just sitting down at the piano and really finding solace in playing and just kind of taught myself, really. When I was about 16 or 17, I became aware of rave culture and started going to parties and my friends and I really got into dance music. When I came to the University in Bristol to study Music Production, I realised that everyone was very much interested in electronic stuff and I found it to be very saturated. So that’s why I sort of moved away from it a little bit and started doing more instrumental stuff as opposed to just kind of dancy bits. My mum lent me one of her saxophones and bish, bash, bosh the Unfoldance sound was born.

You’re from Sheffield originally? How does the Bristol music scene compare?

Take us through the creative process - how do you build/write your songs?

So it fully changes and depends on the style of song I’m doing. Fundamentally all of it is rooted in emotion and how I feel when I’m doing it. If I’m feeling pretty anxious or stressed, I’ll definitely lean towards more ambient stuff. I find drums to be a little bit too intense sometimes, and if I’m already feeling emotionally not the best, then the kind of intensity of working on a drum beat or drum sound for a long time can be a little bit much. Whereas if I just noodle around on a piano or on a synth, doing sort of ambient stuff, it kind of fits my mood a bit better. For me, it’s just always about playing around - playing around with the sax, playing around on the keys, recording bits and letting it slowly build up. I try to write the whole melody for the songs first. So I could play the whole song on piano, and then once I know musically what I want to do with the whole track, that’s when I’ll sit down and start to put it into the computer.

Again, that changes. At the moment, my favourite thing to use is probably my Nord piano. It’s a really beautiful keyboard, and is my newest addition to the little crew of things I’ve got. It’s just got such a gorgeous sound. I mentioned that I’d kind of moved away from electronic stuff, and the Nord kind of felt like the right thing to get at the time when that was happening. It’s by no means the most complex piece of equipment but sometimes I think that’s better. Especially with electronic music, you can get very, very in-depth very quickly. And very technical. And it’s quite nice to sort of step away from that, really, and keep things simple.

Have there been any heavy influences/inspirations that helped shape your sound?

I mean, infinite amounts, right? Like, just endless amounts. And I’m a big believer in the fact that no ideas are original, and that’s fine. And that’s good. You know, I think everything we do in life, but especially in the creative industries, are dictated by things around us whether they’re clear to you or not. I mean, even just seeing an art exhibition or a painting could dictate the next track I make. I suppose musically though, I probably have to say Boards of Canada were a really big influence for me. They were some of the first early electronic music I got into and I love them. I’m a huge fan of their work. I’ve always been a massive fan of jazz too. Any kind of old school jazz stuff, or even contemporary London jazz. All of that is super up my street and it all just kind of falls in together to help form a kind of Unfoldance sound, I guess.

What’s your favourite track on your debut EP ‘Beginism’ and why?

So yeah, that’s a funny one. It definitely fluctuates. What I wanted to do with the EP was just have a mixture of different styles because that’s how I work. You know, I’m not a house producer, I’m not a drum and bass producer and I’m not a jazz artist, either. I’m just an all around musical dude. And I just enjoy doing what I’m doing on any given day.

I think my favourite one from that EP though was one of the first ones I made, which was Lolloping. It’s kind of a weird one because it’s in 3/4 and you don’t hear too much 3/4 in electronic music. It’s quite waltzy. I’ve got a nice quote at the start from Chitty Chitty, Bang Bang that, for legal reasons, I had to get my friend to read out instead of sampling the actual film itself. But yeah, that one is just super mellow, and I was really happy with how it turned out. It was one of the first ones that I did, where it’s like “oh, wow, actually, this could be a really good style”. I was definitely searching for that new sort of sound when that song was made and it dictated how the rest of the EP went.

What is your proudest accomplishment as a musician?

Honestly, just having music out there in the world I’m incredibly proud of. I’m by no means the biggest artist in the world, and by no means an artist that many people have heard of, apart from within my kind of music scene, and especially where I live, but, you know, the longer I do this, the more I realise it’s completely besides the point to try and do it for the sake of other people. And that realisation is so beautifully rewarding. You know, just doing it for yourself, and being happy with what you make. I’m really proud of the music I make. I can critique it all day long until the cows come home, but to have music out there is a really cool thing. And to be able to see your name on Spotify, or Audiotarky or any of these platforms and knowing that people can hear your music and what you’ve put into the world….it’s a very special thing.

Where can we people hear or see you performing next?

I’ve done two major projects. The first EP was Beginism, and then I did an album a couple of months ago called Henyou. Very different albums but I’m very proud of them. For the album I did a performance launch party. That was at a venue called The Grain Barge, which is in Bristol, and that was the first proper live show I’ve done. It went really well. I’m a musician that likes a lot of different things. You know, at home, I can record in sax, and I can record in piano, then synth and programme drums. And I can do all these things and turn it into a four track. But trying to convert that to a live form is quite hard, because it means you’ve got to do a lot of things at once. So it’s really great, and I loved it, but also is a massive faff to organise. At the moment, I might try and make some more DJ friendly bits and do some more DJ sets. I also have a monthly radio show on 1020 radio here in Bristol. And that’s an hour every month where I play little bits on the airwaves so that’s probably the best place if you want to see me…or hear me! And you can always keep an eye on my social media for any news.

What’s next for you and the Unfoldance project?

I’ve not really got too much of an ambition as to where specifically I want to go. I’m just gonna keep playing around and having fun and see what happens - let it evolve. I do have a lot of music that’s completed and on my computer, so I might slowly try and trickle that out. I’ve got a really big 20 minute long, ambient quiet piece of music that I did for one of my final year projects that I really want to release, so that might be the next one.

And just for a bit of fun - if you could turn into another person, who would you choose to be?

Really good question. I think I would turn into Aphex Twin, just to find out if all this stuff he says is actually true or not. And to just get a look at his studio wherever he lives because I bet it’s absolutely mental. Yeah, that’d be pretty fun! 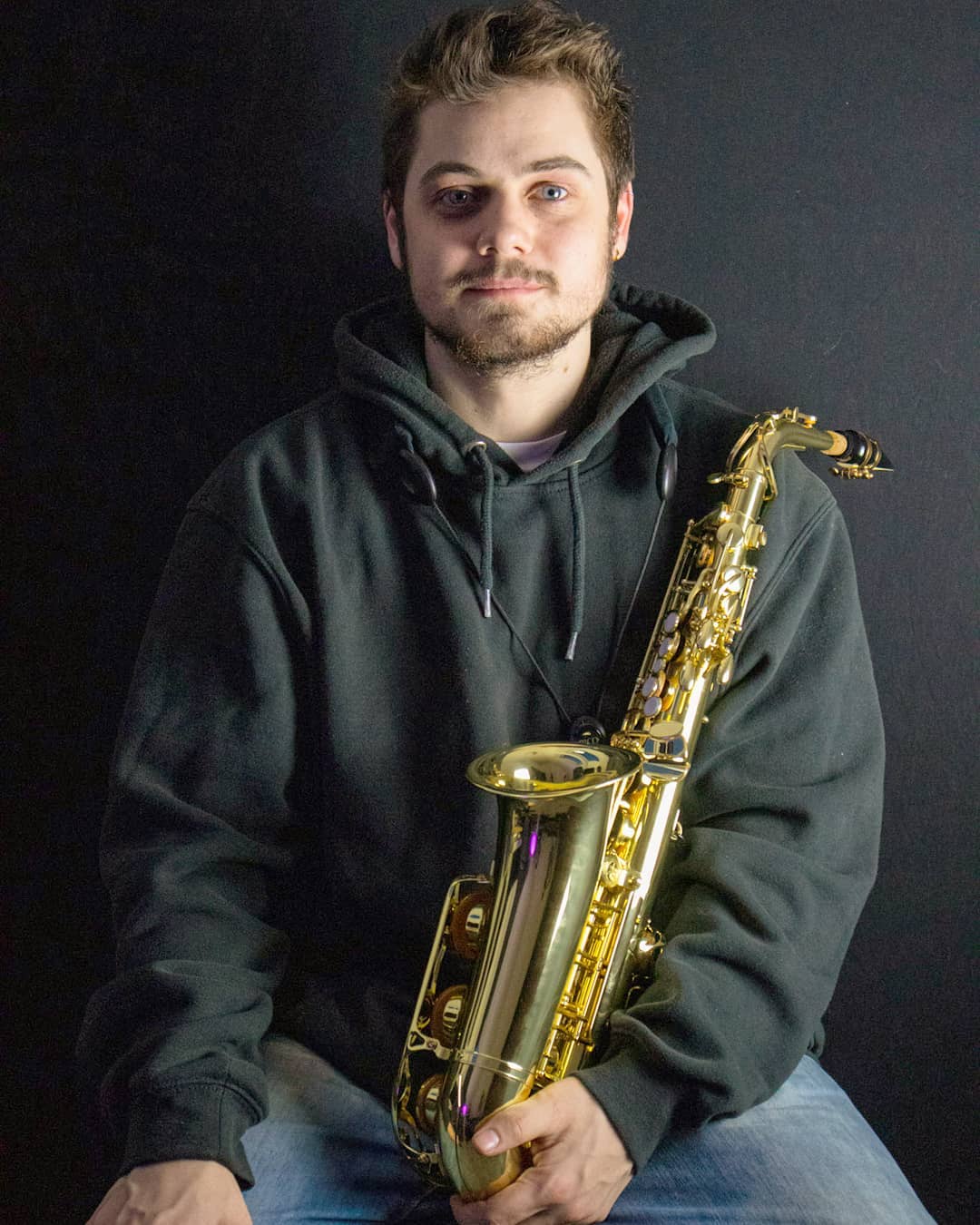 You can catch up with all things Unfoldance in the following places: